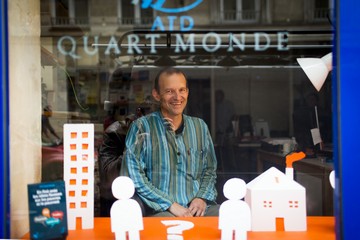 Jean-Christophe Sarrot stumbled on it when he was little. In 1980, aged fifteen, he entered in the house Charmettes of Jean-Jacques Rousseau in Chambéry, at a time when when he was reading the Confessions. Since then, his passion for the homes of writers and the literary scene hasn’t turned off.

More than a specialist, Jean-Christophe is a passionate lover: the places he describes and their stories are a fantastic way of educating young and older people to the charms and the power of writing.

In 1998 he created the website www.terresdecrivains.com, which is dedicated to the writers (French and foreign) who lived in France. He is also the author of three books about “literary walks in Paris” and a book on “The historic detective novel. Polar and history: about a meeting”. 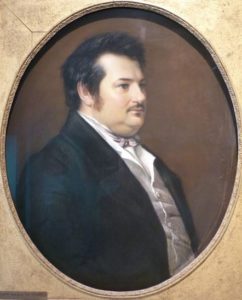 By fleeing his creditors, Balzac finds a place that inspires him to write. He will complete his Human Comedy here.
In 1840 Honoré de Balzac left Paris Saint Germain to settle in Passy, ​​which was not then a district of Paris. He wants to flee his creditors and put himself out of the reach of the judicial officers. He occupies an apartment on the ground floor of this building overlooking Rue Raynouard. It was here that the author of the Human Comedy experienced his most prolific period and that he finally acquired the notoriety and success so sought after. The house has been transformed into a museum and houses a library, the archives of Balzac and Théophile Gauthier as well as portraits of the author and his entourage and objects from his daily life.
Follow in the footsteps of the great 19th-century writer with this audio guide from the Blue Lion collection, enriched with images and text. 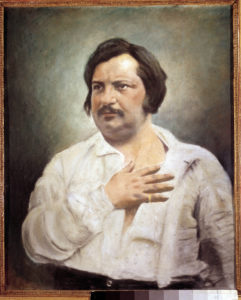 Balzac and the “Human Comedy” in Paris

Travel through Paris to find Balzac: the writer is indissolubly linked to the capital.
But where did he actually live? And what are the quarters of his characters such as Eugène de Rastignac and Père Goriot? Discovering the intimate life of the characters in “La Comédie humaine” and their creator in the places they frequented, such is the purpose of this multimedia guide. The author, Jean-Christophe Sarrot, accompanies us in the two districts that make up Balzacian Paris, the Marais, place of the novelist’s adolescence, and Saint Germain, where Balzac, in search of success, even created businesses in the ‘editing.
He was the first French writer to put Paris at the center of his stories. Through the novels of “La Comédie humaine”, Balzac paints a picture of a city in full mutation and a time in turmoil that he himself lived: the Restoration and the July Monarchy. His characters are born from the city or are transformed by it, and transform it in turn.